The Iceni, Boudica and Andraste 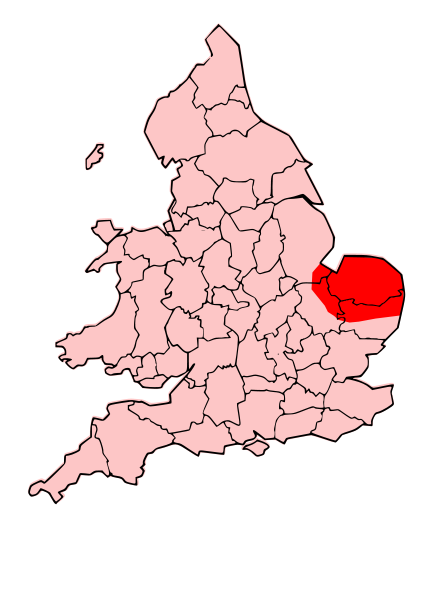 The Iceni were a Brythonic tribe living in what is now Norfolk. They voluntarily allied with the Romans when Claudius invaded in 43 CE, but revolted in 47 against the pro-praetor’s attempt to disarm them.¹ A colony of veterans was stationed at Camolodunum to dissuade further revolts. The coins of the Iceni included depictions of horses and wheels and flowers.

Though defeated in 47, the Iceni remained nominally independent under King Prasutagus. When Prasutagus died in 60, he named both the Roman Emperor Nero and his two daughters as his heirs. His wife, Boudica, was whipped, and his daughters were raped.² According to Tacitus, it was the veterans settled at Camolodunum who were particularly responsible for committing outrages against the Iceni:

For these new settlers in the colony of Camulodunum drove people out of their houses, ejected them from their farms, called them captives and slaves, and the lawlessness of the veterans was encouraged by the soldiers, who lived a similar life and hoped for similar license.

Furthermore, Roman moneylenders, including Seneca the Younger, demanded repayment of loans from the Iceni.³ Meanwhile, the Roman governor was busy campaigning against rebel Druids on the island of Mona (modern Anglesey).4 Queen Boudica led the Iceni and many other British tribes in revolt against the Romans.

Cassius Dio, writing well over a hundred years later, describes Boudica as being exceptionally tall, having a fierce glare, harsh voice, red-brown hair to her hips, a large golden necklace around her neck, a multi-colored tunic covered by a heavy cloak fastened by a broach, armed with a spear and riding a chariot.5 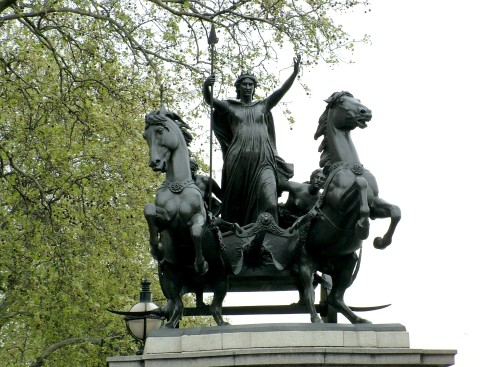 He attributes a speech to her wherein she declares, “let us show them [the Romans] that they are hares and foxes trying to rule over dogs and wolves.” According to his account, she then released a hare from her cloak as a form of divination similar to Etruscan augury, it ran in an auspicious direction, and she then prayed to the goddess Andraste “for victory, preservation of life, and liberty.” He also names “Andate” as the Iceni equivalent of the Roman Victoria, and alleges human sacrifice in Her sacred grove.6

At Camolodunum, Boudica’s first target, the statue of Victoria fell down and turned Her back towards the enemy as if fleeing. “Women excited to frenzy prophesied impending desturction,” the ocean was seen to be blood-red, a submerged town was seen in the Thames, the theater was filled with the wailing of spirits and the Senate was haunted by a disembodied voice laughing and speaking in a foreign language.7 Archaeological evidence suggests that when Boudica’s rebels sacked Camolodunum, whatever buildings they could not burn, they methodically leveled to the ground.8 Boudica next defeated the Ninth Legion, then proceeded to attack Londinium and Verulamium.9 Archaeologists have found layers of charred rubble in London dating to Boudica’s revolt.10

The Roman governor withdrew from Mona, gathered 10,000 troops, and fought a pitched battle against the British rebels, who brought their families in wagons to the edge of the battlefield.11 When the battle turned against the Britons, the wagons impeded their retreat, and they were slaughtered: Tacitus claims that 80,000 Britons were killed on that day.12 Boudica died, either through committing suicide with poison13 or because of illness.14 In the entire uprising, Tacitus claims that 70,000 Romans and allied Britons were killed,15 while Cassius Dio claims 80,000.16

This entry was posted on Wednesday, December 28th, 2016 at 12:41 am and tagged with Rebellion and posted in History. You can follow any responses to this entry through the RSS 2.0 feed.
« Matres Ollototae and/or Transmarinae
TWH Book Review: The Tao of Craft »

One response to “The Iceni, Boudica and Andraste”